How to avoid financial self-sabotage 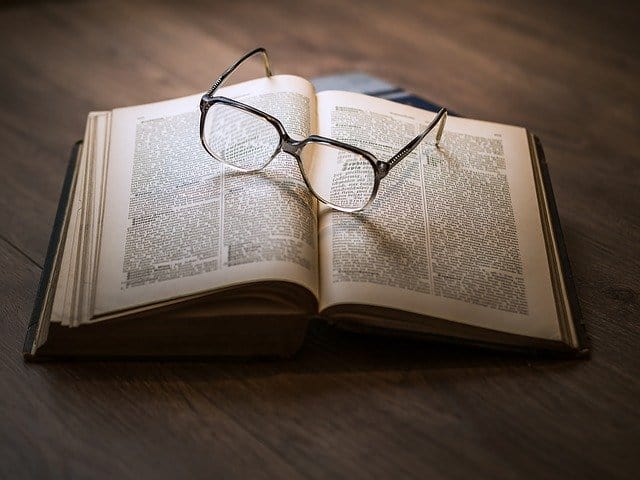 We can overcome financial self-sabotage by having an understanding of behavioural psychology. The ideas and remedies from The Art of Thinking Clearly offer a perspective of how we self-sabotage our finances unintentionally, because of our ingrained decision making skills.

Here's the plausible explanations of why we do, what we do. By challenging our actions and thoughts, we can become better thinkers.

The trouble with numbers, averages and probability

Anchors: when we are trying to guess something, we start from something we are sure of and go from there. During the process, we use some an arbitrary number as an anchor.

For example, the ‘recommended retail price’ printed on many products is an anchor number for referencing.

When it's not easy to determine the value (of something foreign), we tend to compare against the anchor number. It's a tricky situation to navigate. I have touched on this point previously.

Instead of comparing what the price used to be or how much "savings" we gained, the remedy is to consider the amount we are actually going to spend on the item.

Exponential growth: Exponential (or percentage) growth is hard to understand intuitively. It's better to use a calculator to make sense of the numbers.

Problems with averages: Averages often mask the underlying distribution when extreme cases dominate. It takes an outlier to tip the scale.

Ambiguity aversion: we favour known probabilities over unknown ones. Remedy: To avoid hasty judgement, we must learn to tolerate ambiguity.

On the basis of risk, you can decide whether or not to take a gamble. In the realm of uncertainty, it’s much harder to make decisions.

Whoever hopes to think clearly must understand the difference between risk and uncertainty.

Will Rogers phenomenon: the effect of changing the average in two groups (positively) by moving something from one category to another.

Law of small numbers: We assume that the characteristics of the population can be inferred from a small sample, when in fact small samples are much more subject to random variation.

Story bias: tendency to try and shape details into meaningful stories, to “understand” certain things. But it distorts reality and affect quality of our decisions.

Cognitive dissonance: When inconsistencies in our thoughts, beliefs, or attitudes cause us to reinterpret events to keep things consistent.

An inconsistency arose when the fox set out to do something but failed to accomplish it. He can resolve this conflict in one of three ways:

A) by somehow getting at the grapes

B) by admitting that his skills are insufficient

The last option is an example of cognitive dissonance

False causality: when we mix up correlation with causation. sometimes there is no link at all

Coincidence: we tend to see unlikely events as causal, when in reality they are likely random.

Social loafing: When people work together, their individual performance decreases.

Effort justification: If you put a lot of energy into a task, you tend to overvalue the result. Remedy: Examine the result objectively and ignore the time and effort that were invested.

Incentive super-response tendency: People respond to incentives by doing what is in their best interest.

Not-invented-here syndrome: Being fooled into thinking that what we self-create is amazing. Could this possibly explain why our own cooking taste amazing? Remedy: To curb this, take a step back every now and then to examine the quality in hindsight.

“Because” justification:  When you justify your behaviour with simple validation ‘because’, you encounter more tolerance and helpfulness.

Strategic misrepresentation: When more is at stake, the more exaggerated your assertions become.

Endowment effect: we consider things to be more valuable the moment we own them

Loss aversion: we fear loss more than we value gain.

Groupthink: In groups, we tend to avoid contradiction and agree with the conclusion of the majority.

Social proof: We feel that we are behaving correctly when we act the same as other people.

False-consensus effect: We overestimate the consensus of others, believing they think and feel exactly like we do.

Confirmation bias: We filter out any new information that contradicts our existing views. Also, we accept whatever that supports our existing beliefs  and unconsciously filter everything else out.

Beginner’s luck: We create a false link with early, past results.

Gambler’s fallacy leads us to believe that something must change overtime.

Self-selection bias: We change the outcome of something by poorly selecting our sample.

Association bias: The tendency to see connections where none exist.

These false connections are the work of the association bias, which also influences the quality of our decisions.

Overconfidence effect: We systematically overestimate our knowledge and our ability to predict.

Clustering Illusion: The human brain seeks patterns and rules, even when there is none.

Alternative paths: All the outcomes that could have happened, but did not. Risks are not directly visible. Therefore, always consider what the alternative paths are.

Forecast illusion: We tend to believe forecasts, despite the poor predictability and low downside for being wrong. Be critical when you encounter predictions

Neglect of probability: Tend to respond to the expected magnitude of an event, instead of its likelihood.

News illusion: We believe news is important, when in reality it might not be. News, to the mind, is what sugar is to the body: appetising, easy to digest – and highly destructive in the long run. We are incredibly well informed yet we know incredibly little.

Winner’s curse: The winner of an auction often turns out to be the loser. Initial Public Offerings (IPOs) are also examples of auctions. And, when companies buy other companies – the infamous mergers and acquisitions – the winner’s curse is present more often than not.

Zeigarnik effect: Outstanding tasks gnaw at us only until we have a clear idea of how we will deal with them. To have a piece of mind, have a plan to deal with gnawing tasks

The Black Swan: An unthinkable event that massively affects your life, career, company, country. There are positive and negative Black Swans.

Though we can continue to plan for the future, Black Swans often destroy our best-laid plans. Remedy: Put yourself in situations where you can catch a ride on a positive Black Swan (as unlikely as that is).

Become an artist, inventor or entrepreneur with a scaleable product. If you sell your time (e.g. as an employee, dentist or journalist), you are waiting in vain for such a break.

But even if you feel compelled to continue as such, avoid surroundings where negative Black Swans thrive. This means: stay out of debt, invest your savings as conservatively as possible and get used to a modest standard of living – no matter whether your big breakthrough comes or not.

Part 1 and 2 from The Art of Thinking Clearly

iNLP Centre has a post on self sabotage - the solution you weren't expecting. You’re invited to watch the AHA Process to End Self Sabotage and learn how to stop self-sabotaging behavior.